ARCHDAILY: Witnessing the Growth of Xiangshan Campus of China Academy of Art: 2007 vs 2021 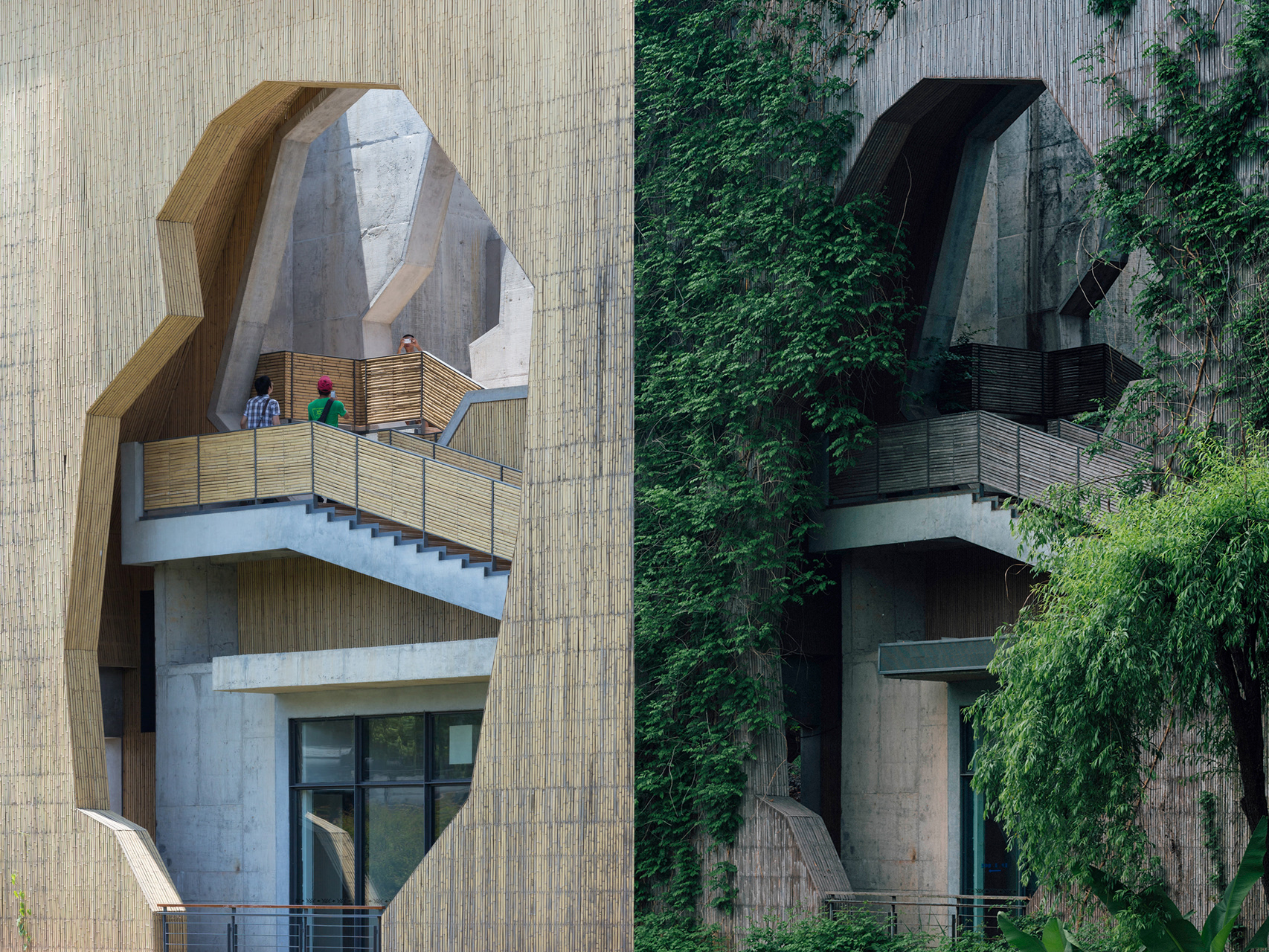 Witnessing the Growth of Xiangshan Campus of China Academy of Art: 2007 vs 2021

The Xiangshan campus of China Academy of Art was designed by the recipient of the 2012 Pritzker Architecture Prize, Shu Wang and Wenyu Lu from Amateur Architecture Studio. The studio was responsible for the overall project completion from master planning to architectural design and landscape design. On the north side of Xiangshan is the first phase of the campus. It was designed in 2001 and completed in 2004. It is a complex of ten buildings and two bridges, with a construction area of about 70,000 square meters. The second phase of the campus is located on the south side of Xiangshan, and it was designed in 2004 and completed in 2007. It consists of ten large buildings and two small buildings with a construction area of nearly 80,000 square meters.

The construction period of the two phases was 14 months each. A large number of craftmanship during the construction has produced many problems that could only be solved on-site, therefore the site was repeatedly touched and shaped by countless hands. In 2007, the photographer Iwan Baan recorded the campus after completion. In 2021, photographer Sai Zhao used the lens of original focal length to take pictures of the campus at the same location. Over the course of more than ten years, green plants have covered and sheltered the structure, and the building now has its own life.

“Every time, I see what I am creating as more than just a complex of buildings, instead I am building a world. By saying the term ‘world’, I have expanded the scope of activities defined by ‘architecture ‘. Indeed, the activities are what we should really be building. The activities are about the organization of each site. It’s not just that the house and its surroundings that belong to architecture, we should include the range of activities happening in this space, from the boundary, to the enclosed volume, from inside to outside.”–‘ Imagining the House’ (Shu Wang 2012)

“It’s All About Continuing Our Cultures”: In Conversation With Wang Shu On Designing Chinese Cities For Humanity

“One day, my wife and I went to take photos of the completed campus. I could not take pictures properly no matter how many angles I havd switched. However, my wife’s pictures turned out nicely. She smiled and said to me: ‘You are too familiar with this place, so you don’t know how to take pictures. You are not supposed to take pictures of the house alone. You should include the foreground, for example, taking photos from behind the door, beside the railing, take the bridge with the house, or take part of the house with the mountains.’Then I realized that this house was originally built to create obstacles for the camera. It was never built for people’s eyes in the first place. Just like the slope of tiles, some people are saying that it blocks the sight. In fact, its height is meant to make people have obstacles at normal visual height. You have to look up or down. In an era of the supremacy of visuals, people have forgotten that there are other things beyond visuals. This group of houses will not look so great in photos, because it is designed to force you to enter the scene and feel it yourself. You will have to step in and become part of the building, and eventually grow with the site. “– Imagining the House (Shu Wang 2012)

“It’s All About Continuing Our Cultures”: In Conversation With Wang Shu On Designing Chinese Cities For Humanity