Antonio Calligaris starts his small artisanal business by producing the “Marocca” chair, typical model of the Manzano area in Friuli.

The workshop of Antonio Calligaris organizes its production, bringing in wood from the surrounding mountains and straw from the Friulan lagoon.The apprentices of the workshop are entrusted with colouring the straw, dyed with natural pigments.The machines are few, the majority of the work is still done manually and it is mainly women who take care of weaving the seats and putting the finishing touches on the chairs.

The economic boom coincides with the modernization of the Calligaris family business: the firstautomatic straw weaver is installed. Calligaris has become an industry, the leader in a geographical area known worldwide as “the Chair District”, which begins to lay the groundwork for the conquest of other markets. In 1986, Alessandro Calligaris, the third generation of the family, takes over the Presidency of the company.

THE 90S, EXTENDING THE RANGE

Calligaris expands its range with complete furnishing solutions: chairs, tables, furniture, beds, sofas, furnishing and decorative accessories. Wood is no longer the only material by which Calligaris measures its vocation to innovation, the company now also begins to work in metal, plastic, leather and glass. In 1998, the company opens its first American subsidiary in High Point (North Carolina).

The last decade has been crucial for Calligaris to establish itself as a truly international company.In 2007, Calligaris Group is 40% owned by L Capital, a private equity fund sponsored by the luxury giant LVMH, giving rise to anew strategy of branding, communication (traditional and digital) andretail. In 2008 Calligaris opens its first Flagship Store in Milan, which is then followed in 2012 by a second one in Paris nel 2012.

Calligaris’ ninety years is a new starting point for exploring and reworking the trends of contemporary living.For its anniversary, Calligaris is giving itself a NEW WEBSITE, A NEW SYSTEM of communication to end users and a retail network made up of 400 partners around the world including over 70 mono-brand stores. 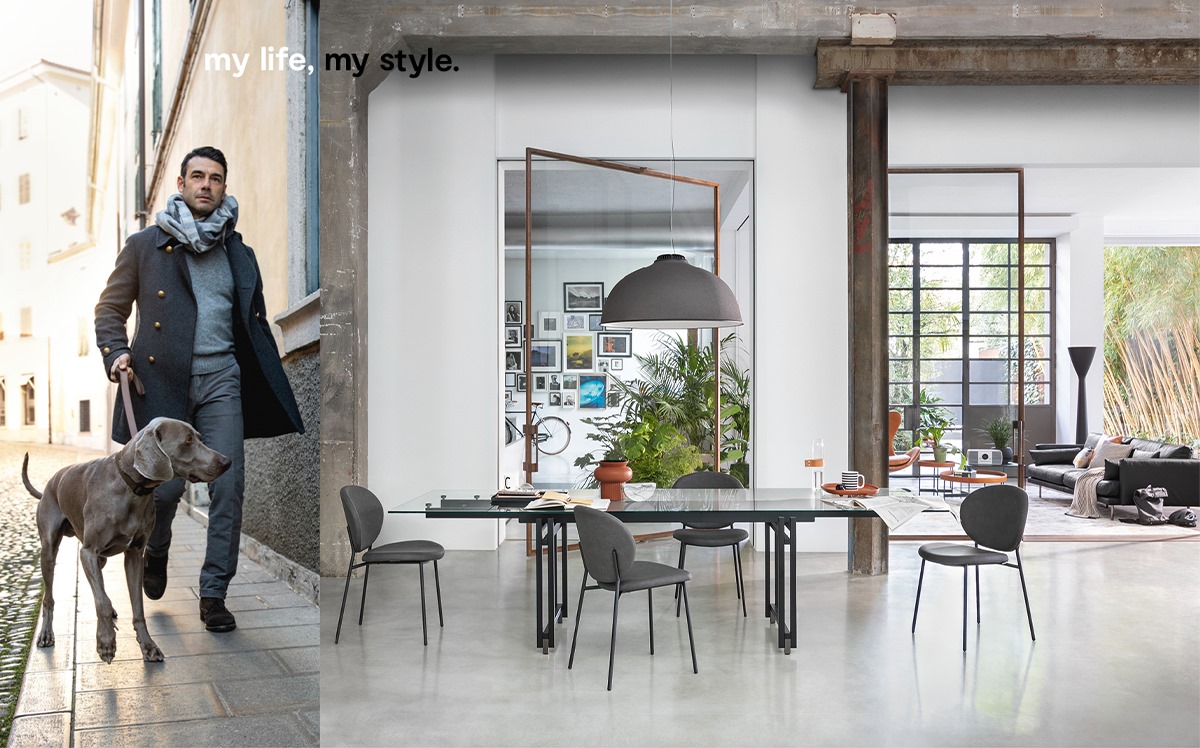 Calligaris imagines and creates a house that harmonises with your routine. Not just furnishing the space but, more importantly, living

November 10, 2020CALLIGARIS: The Calligaris living room is a multif …

The Calligaris living room is a multifaceted environment where comfort and functionality find a perfect harmony. There is a corner October 29, 2020CALLIGARIS: Sharing is the central word, which enc …

Sharing is the central word, which encloses all the warmth of a Calligaris dining environment designed and realized to live