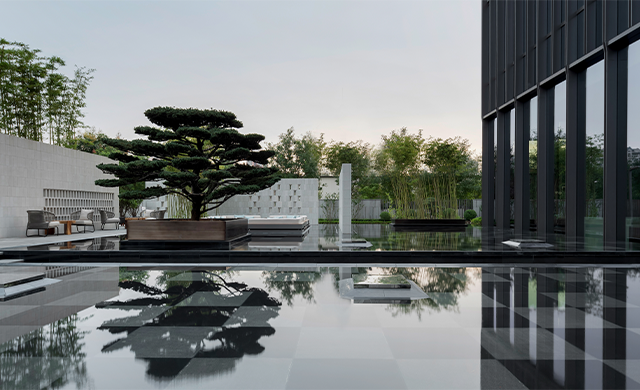 A walled garden, reflecting pools, and winding paths separate the hotel from the bustling city beyond

Xi’an was the cradle of Chinese civilization, and the Hualuxe Xi’an Hi-Tech Zone hotel—the latest member of InterContinental Hotels Group’s (IHG) luxury brand specifically tailored for the Chinese market—channels the spirit of the ancient capital. It was here that the Qin Emperor ruled over the land he united two millennia ago, commissioning an army of terracotta soldiers to guard his own tomb.

Other dynasties prized this central location, but the new, modernized zone extends far beyond the walled city, and its factories and corporate towers look forward rather than back. To respond to the changing landscape, Hong Kong-based Cheng Chung Design’s (CCD) approach led to a hotel that subtly abstracts Chinese design at the peak of its refinement.

A walled garden with reflecting pools, bamboo, and winding paths shields the hotel from the bustle of the city beyond. “We took Tang Dynasty architecture of the seventh century as inspiration and used modern design techniques to express its order and beauty,” says CCD principal Joe Cheng. “The entry doors and their colored bolts were based on the ancient city gates of Xi’an.” Beyond the pine trees, bamboo groves, and transparent glass bricks, the soaring lobby captures the symmetry and serenity of emperors’ palaces, which culminated in the Forbidden City of Beijing. In contrast to clichéd golden dragons and tasseled red curtains that marked the centuries of decline, the architects have conjured the purity and strength of an era when China was the center of the world and Xi’an its most populous city. Surface ornament has no place in this palace: Dark tones and meticulous details combine with handsome proportions to achieve a Miesian grandeur.

Subtle Chinese references are found throughout. In all-day dining option Luxe Gathering, for instance, staggered brickwork suggests mortice and tenon joints of traditional cabinetry and the ancient Xi’an City Wall. Meanwhile, at the entrance to Chinese restaurant Cai Feng Lou, laser-engraved panels of acrylic and gauze evoke views of the undulating palace roofs. Inside, the refined design is informed by the phoenix, the mythical bird that symbolizes high virtue and grace. 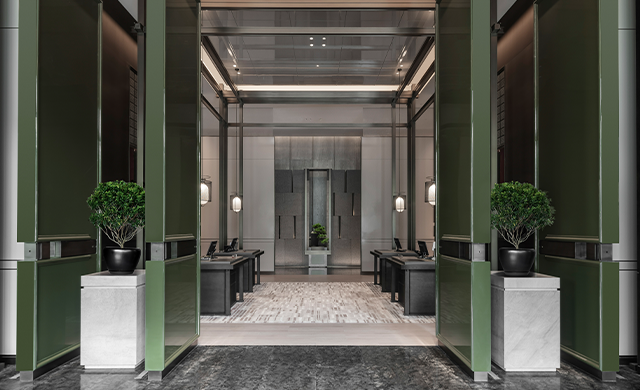 Elsewhere, furniture takes cues from traditional models. “Baxianzhou, a square table for eight [people], was an indispensable feature of formal receptions,” says Cheng. “Here, we used them as reception desks, and our floor lamps were inspired by ancient lanterns.” Further, ceramics and incense holders are displayed on shelves as a reminder of Tang artistry.

The 108 residentially inspired guestrooms are similarly subdued, employing light and dark tones accented with red and blue hues, natural woods and fabrics, and understated textures. “Hualuxe is an expression of luxury, yet humble and unassuming,” says design manager Li Zhi, who oversaw construction. “It’s a worthy flagship for the IHG brand.” 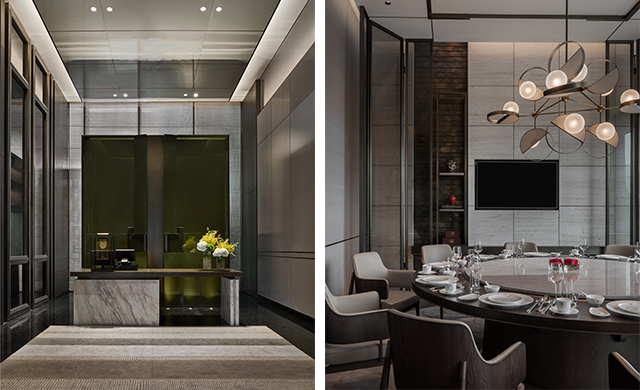 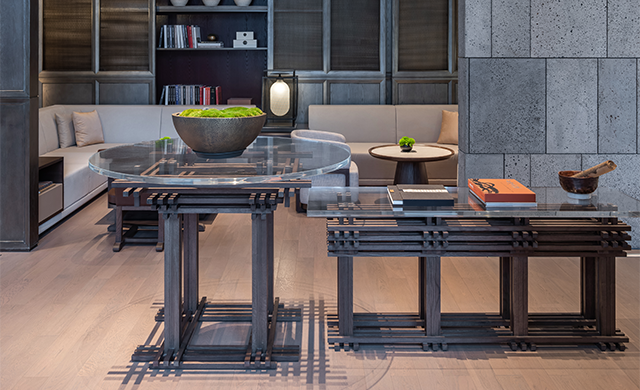 The restrained interiors, including the lobby bar, unite dark tones, stone, and wood 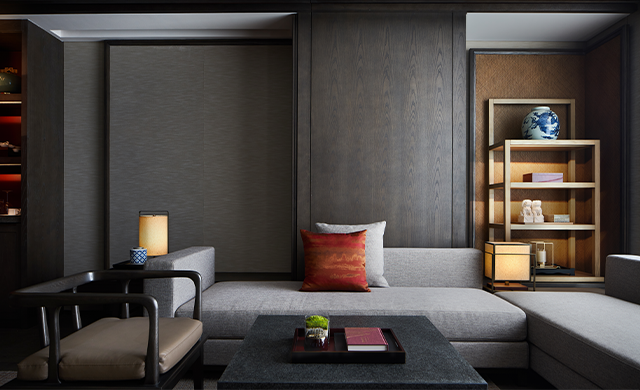 Dark hues continue in the residentially inspired guestrooms and corridors