HOSPITALITYDESIGN: Where to Experience the Best of Barcelona 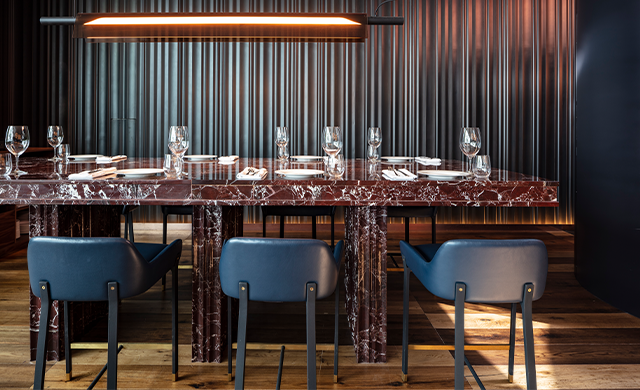 Opened June 2019, the newest property from Sir Hotels—Sir Victor—has a prestigious address and an unexpected moniker. The Barcelona hotel’s namesake was not a Sir or a Victor, but author Caterina Albert i Paradís, a Catalan writer active in the early 1900s, who opted for the masculine nom de plume Víctor Català.

A photo of Albert hangs on the inky walls of a library-cum-event area, where texts written exclusively by women line the shelves and a deeply green sofa lures readers in. Sir’s in-house design team curated the library and its 91 guestrooms. However, owner Liran Wizman tapped longtime collaborators Baranowitz + Kronenberg to tackle the rest of the hotel.

The reception area flows into a lounge and the Mr Porter restaurant, the first outpost of Amsterdam’s popular modern steakhouse. Here, B+K applied a copper wall- and ceiling-covering that creates a cohesiveness between the multifunctional ground floor spaces. “Everything in the hotel is a sentence in a wider story,” says cofounder Irene Kronenberg. “The 3D copper dots are a bespoke metal mesh grid, produced by the Dutch company Dedots, that resonate with the beads of a beautiful necklace that analogues to the story of Caterina Albert i Paradís.”

Mr Porter is a modern steakhouse and chic lounge

On the ground floor, B+K played with the manipulation of mood and light. “There is a gradual shift in the color scheme from light blues and grays at the street side, to darker blues and pitch at the mid-space, and then earthy browns, dark blues, and a ‘meaty’ red marble at the end of Mr Porter,” explains co-founder Alon Baranowitz, adding, “the parquet follows the same intentions—light at the hotel entrance and then darker and darker at the very end. We drove the supplier and installer crazy, but they were good sports—and ended up loving it.” 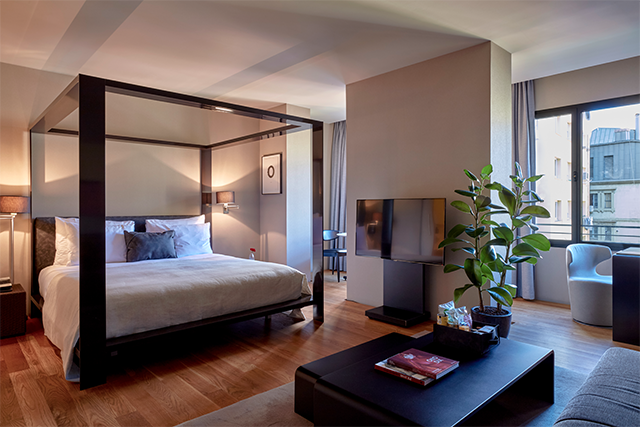 Outside, the hotel boasts the same playful limestone façade it did when it was Hotel Omm, one of the city’s first design hotels. “As frequent visitors to Barcelona, Omm was one of our favorites,” says Baranowitz. “We admired its refined austerity and forward-thinking mindset at every touch point. However, hospitality has made a giant leap in the last decade and Omm wasn’t keeping pace, so when the owner retired a new chapter in its life began. We gutted the entire ground floor and started from scratch.”

The hotel’s name and interior may have changed, but a dedication to doing things differently—and well—lives on. 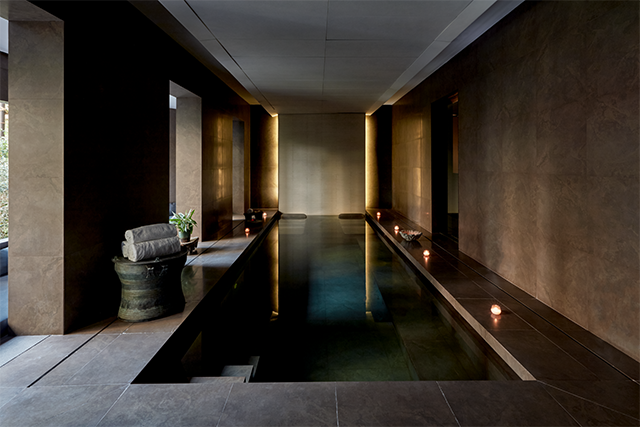 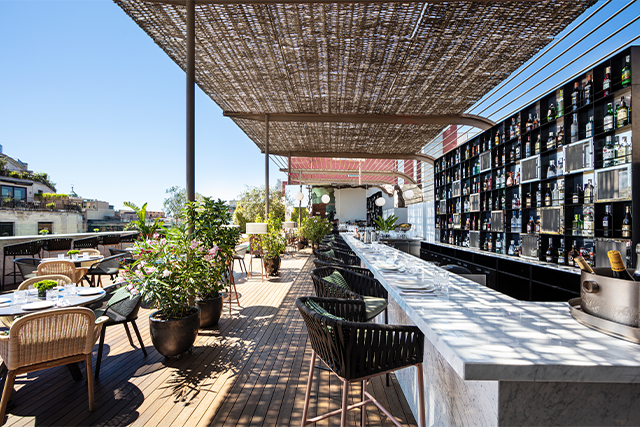 The rooftop at Sir Victor is open seasonally