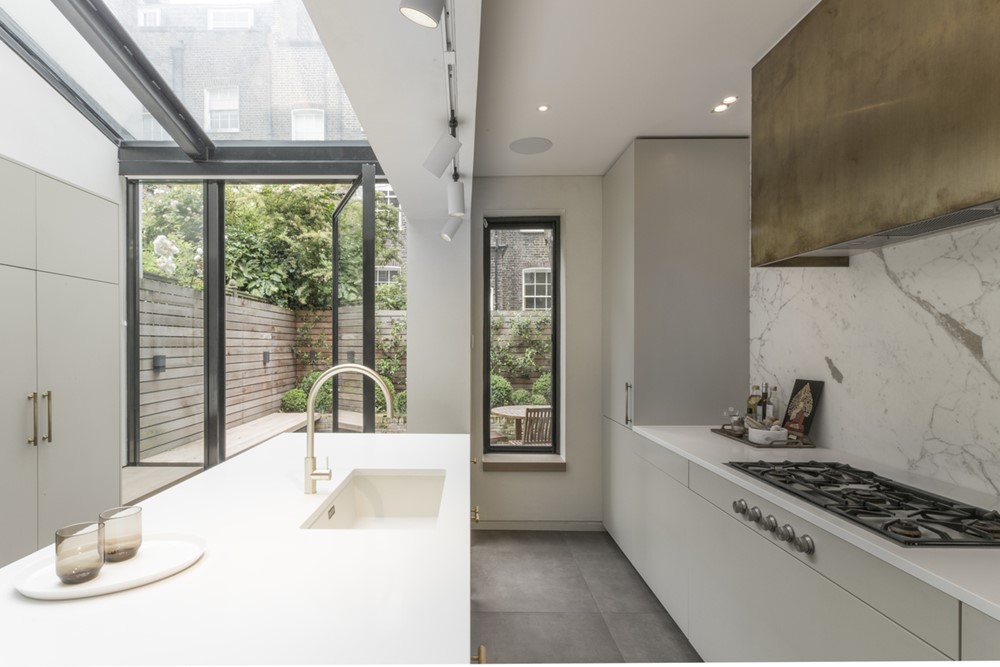 Northumberland Place is a project designed by London Atelier. This house is part of a collection of townhouses that lie within the Westbourne Conservation Area. The four-storey building, which includes a lower ground floor, was constructed between 1850-1855. A single extension was added to the rear in the 1950s. Photography by London Atelier. 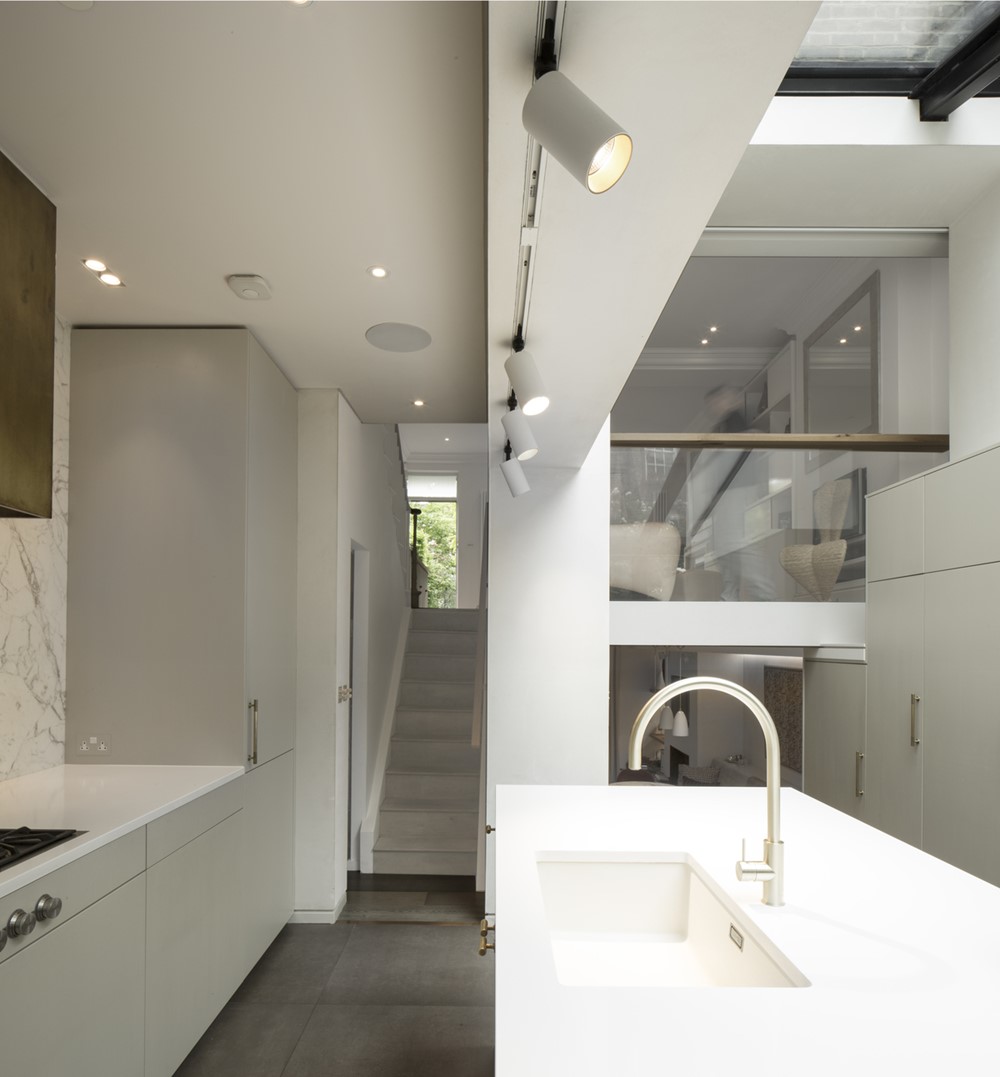 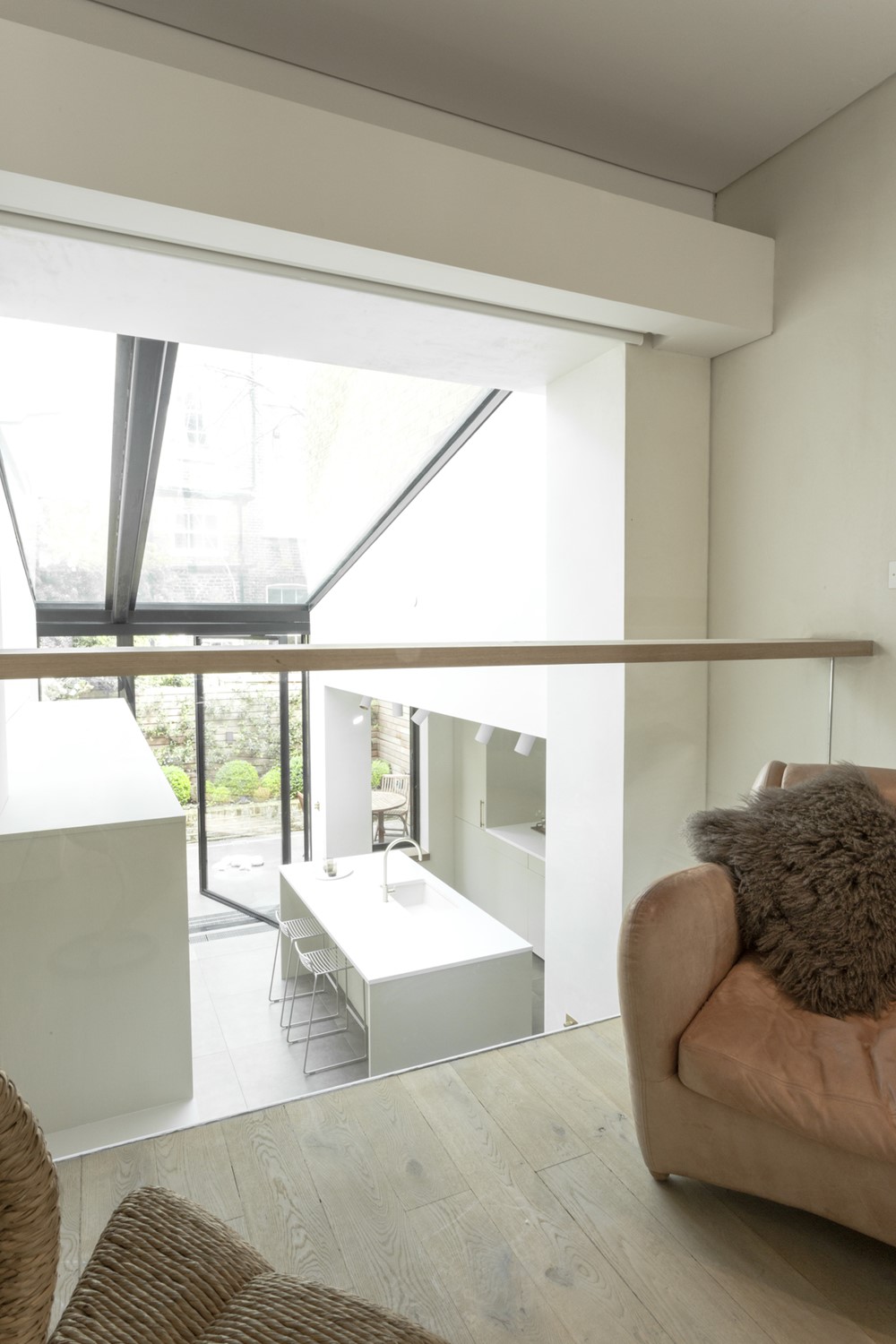 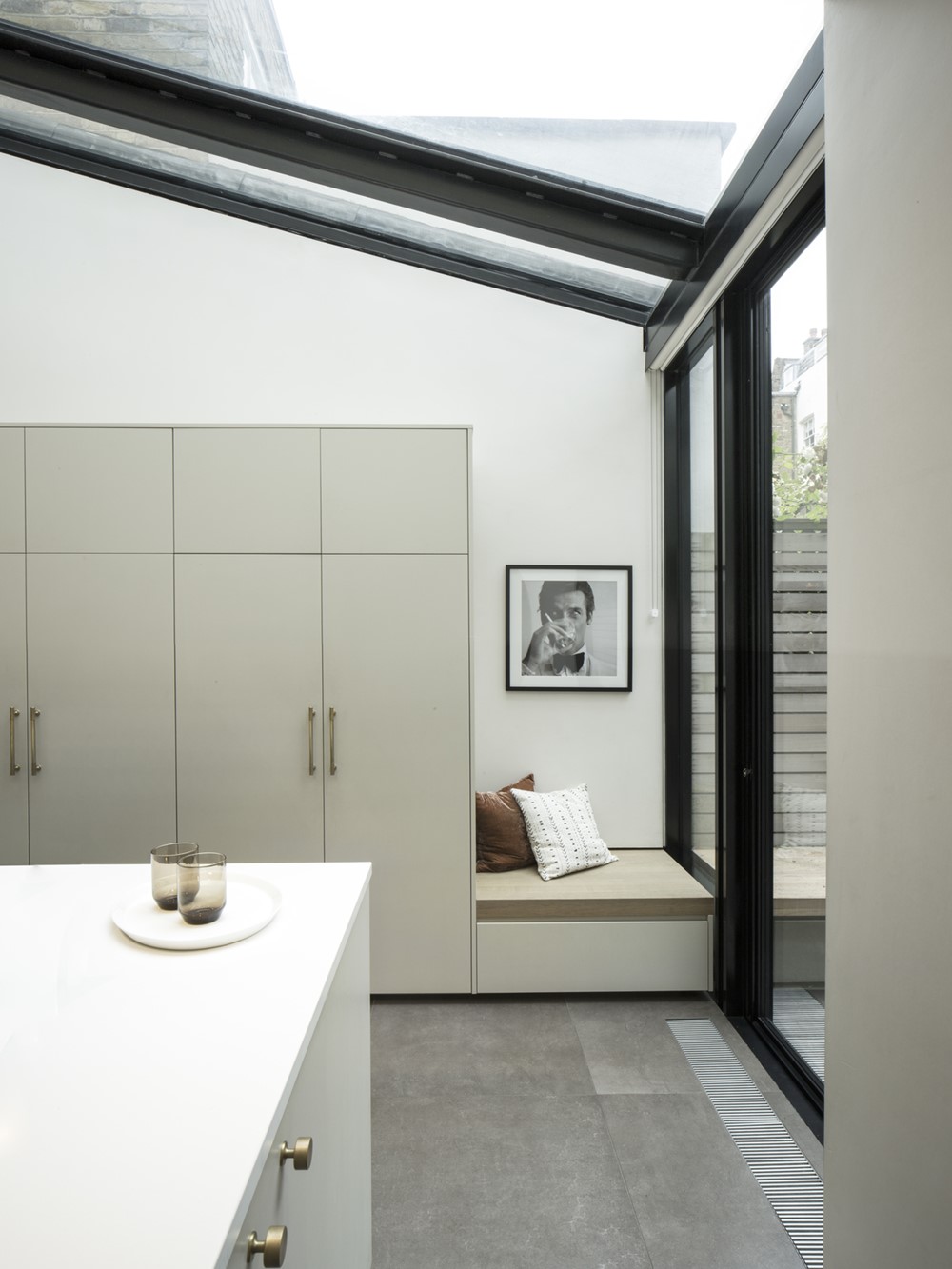 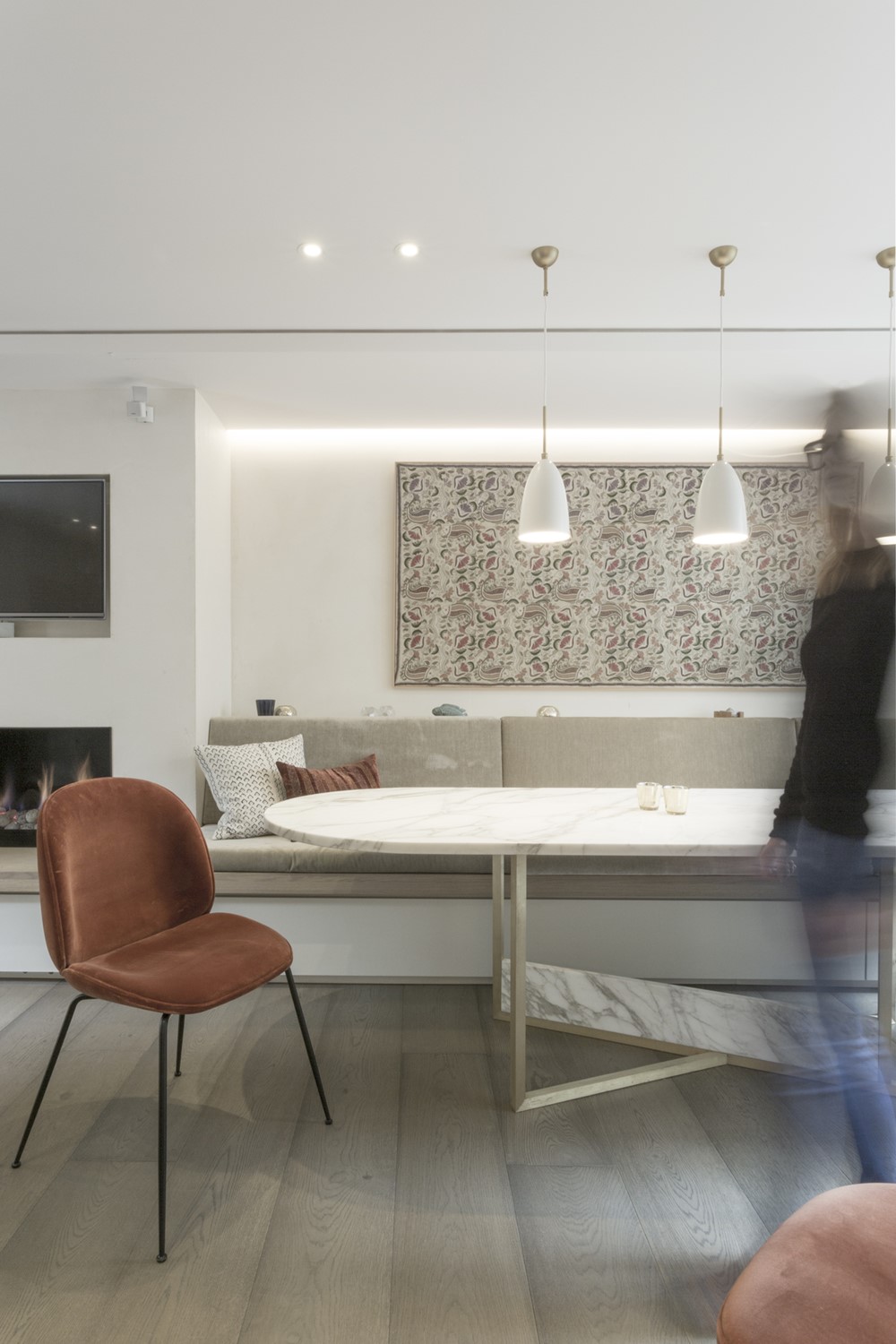 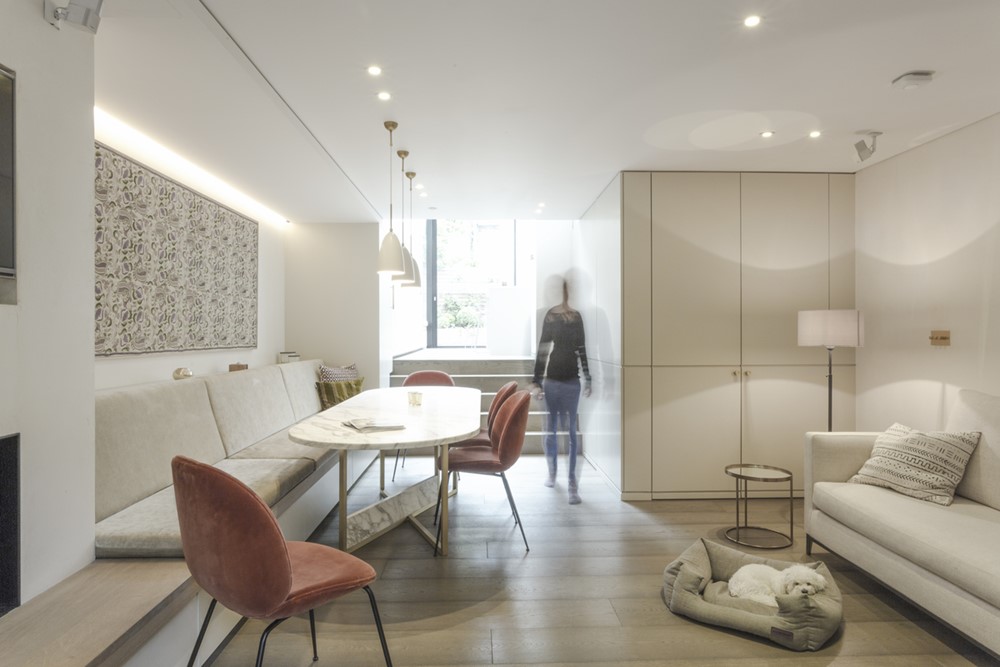 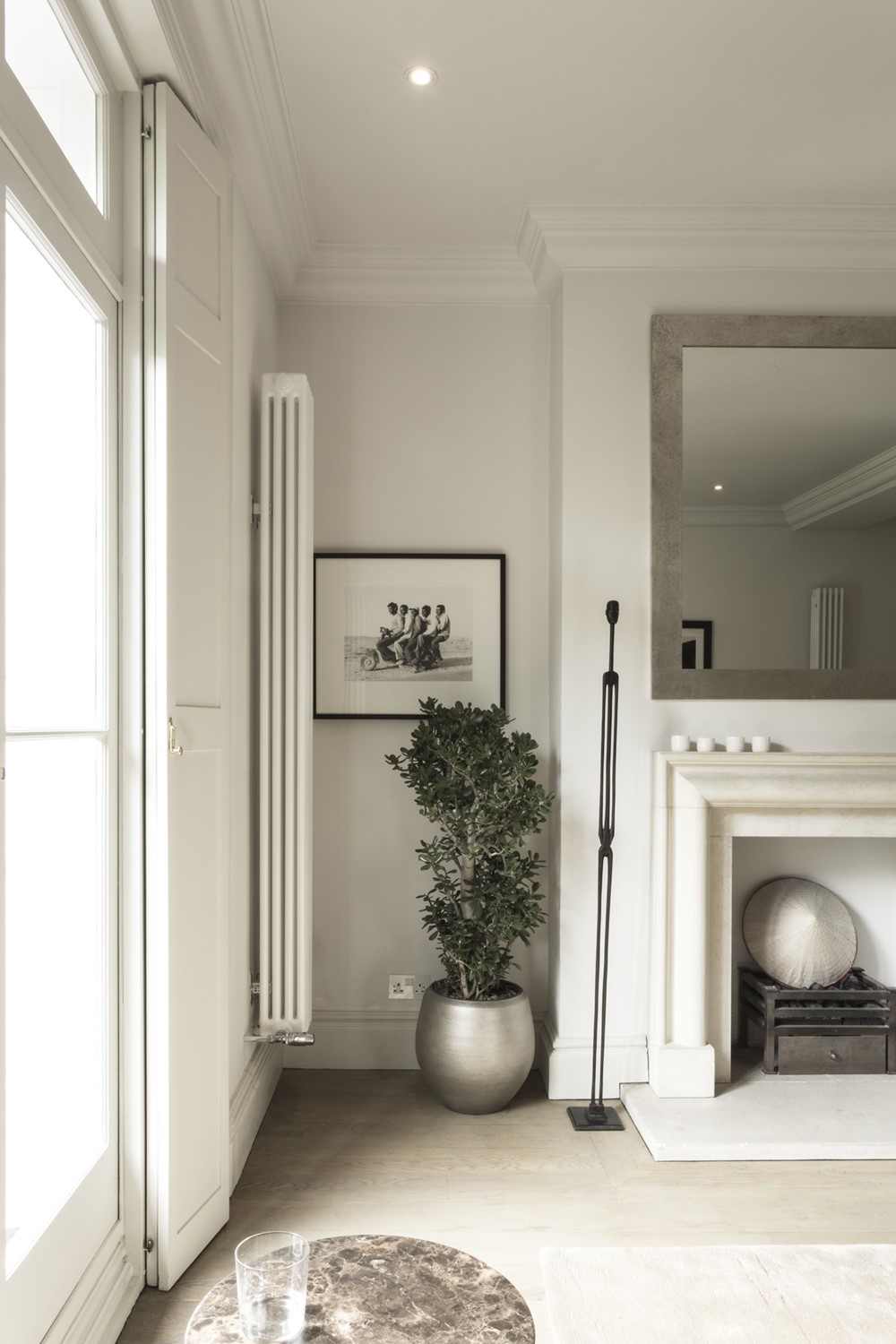 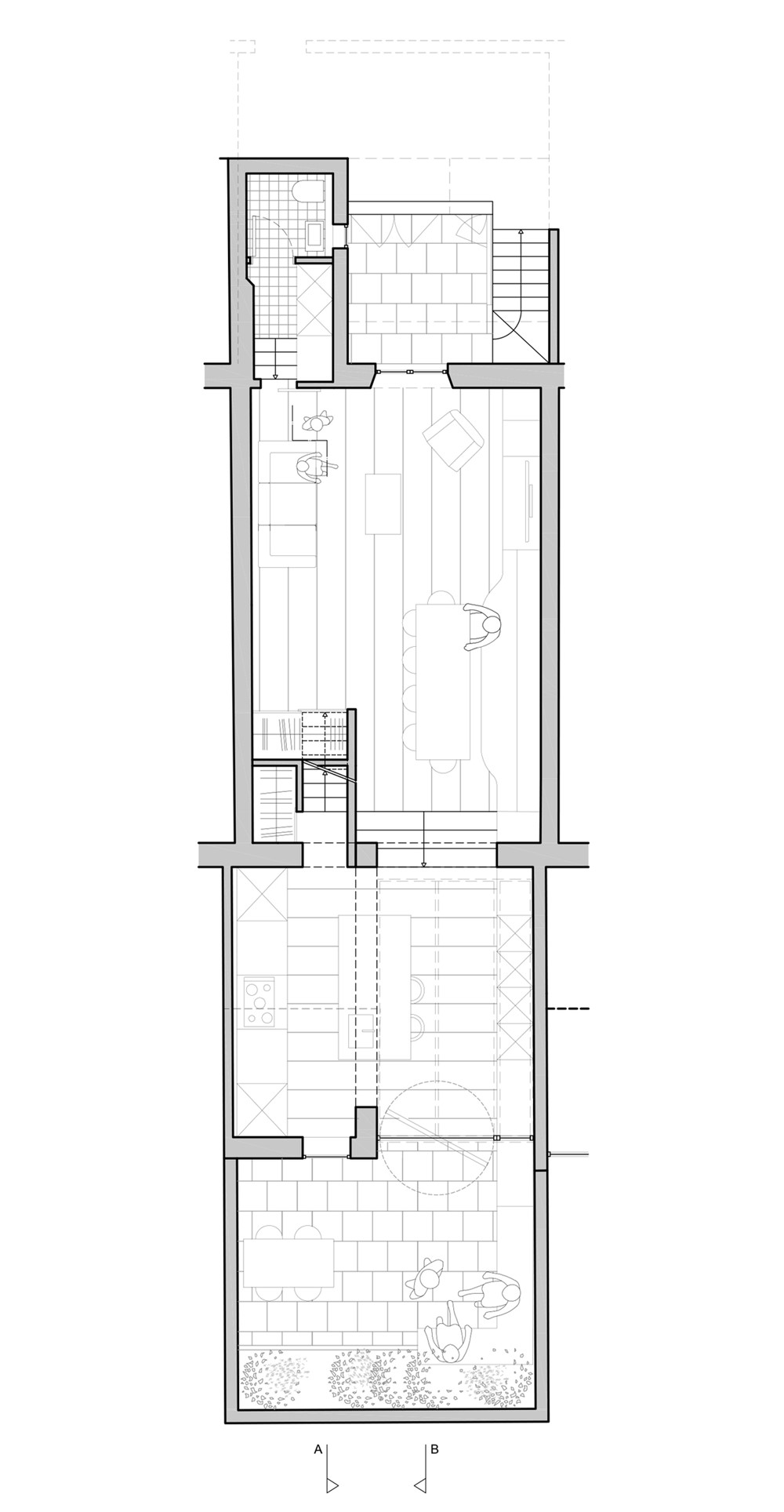 The building suffered a fire incident, damaging the lower ground level which housed the kitchen and dining area. This incident triggered a near total remodelling and refurbishment of the house. London Atelier began by establishing a brief and analysing the family’s daily routine. Through the conversations, it became evident that members of the family spent majority of their time in the kitchen preparing food, baking, doing homework and socialising. Understanding the general living pattern led to the realisation that the kitchen should be central to the home, surrounded by an interconnected spatial layout. Considering the narrow footprint of the house it appeared that the only way to achieve this spatial organisation was by opening the floor plates and interconnecting the spaces vertically at different levels. The glass extension at the intermediate level leads directly to the rear garden on one side and steps down to the family room on the other. The positioning of the kitchen at this level allows it to occupy a central place within the house, with views into the upper and lower living rooms. The kitchen is a bright, spacious and sophisticated space with bespoke joinery on either side. This joinery continues down into the dining room, forming a bench and leading to the fireplace. Shelving units occupy one side, while the other side extends into the garden as an external bench with concealed storage. In this way, a continuous line appears to travel through the building, from the rear garden all the way to the front garden.